Deprecated function: Return type of Drupal\google_analytics\Component\Render\GoogleAnalyticsJavaScriptSnippet::jsonSerialize() should either be compatible with JsonSerializable::jsonSerialize(): mixed, or the #[\ReturnTypeWillChange] attribute should be used to temporarily suppress the notice in include() (line 10 of modules/contrib/google_analytics/src/Component/Render/GoogleAnalyticsJavaScriptSnippet.php). 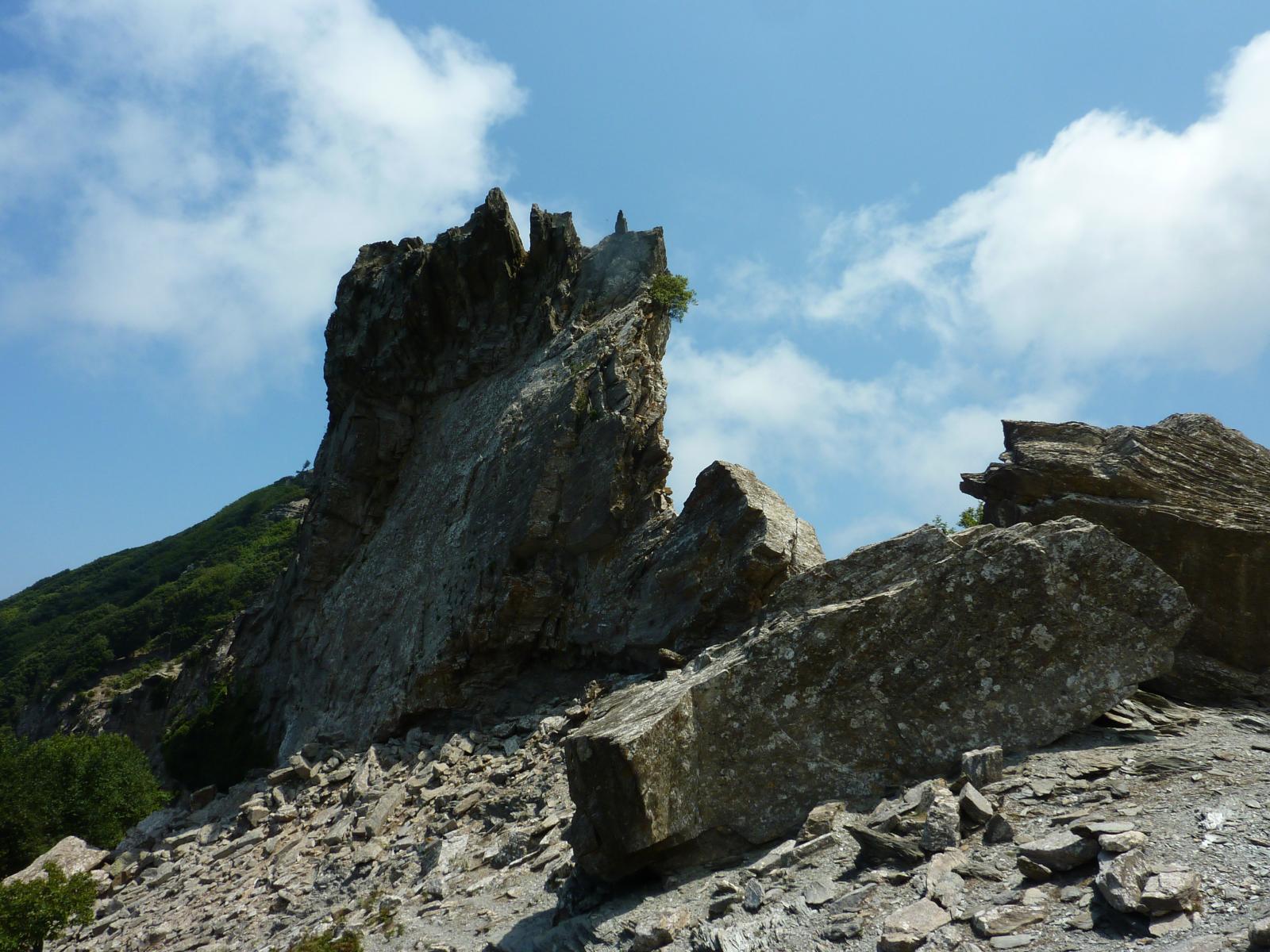 On 14/7/2013, SPPENK (t/n: Society for the Protection of the Environment of South Karystia),  with the participation of eight members made a tour in parts of Kavodoro, where wind turbines will be installed. The on-site visit sensitizes those who participate, after seeing with their own eyes the precious parts of our place that will be irreparably damaged.

We drove to Komito and took the old road which was for many years the only road access to Kallianou. To our left, descends the ridge of Kerasia, a bare mass that will be filled with wind turbines. The road has suffered significant erosion from the torrents that descend in winter from Kerasia and we are thinking about the size of the erosion that will be caused by the opening of 80km of new roads to raise the wind turbines.

We left the cars at Stavros tou Komitou, a saddle that connects Kerasia with the hill of Mytika (946m.). We walked on the rugged terrain until the next small saddle, where the path passes through a typical forest of plane trees that have been tilted on the ground by the wind. We are standing in the church-icon stand of Hagia Sophia (t/n: Saint Sophia), a monument of folk craftsmanship and wondering if it is registered by the Board of Modern Monuments. A few meters further, an anemometer from RF-Energy company testifies that wind turbines will be installed in the area. Here comes a rural road from Zacharia that leads to the Anatoli, a green ridge where ΡΑΕ (t/n: Energy Regulatory Authority) maps, mark with thick lines the boundaries of wind farms.

We continue our course this time on the rural road to Palamido, seeing around us, large plane trees and heaths. The name Palamido preserves the memory of the Homeric hero Palamidis, who died unjustly in Troy and his father to avenge the Greeks as they returned, lit fires that led their ships to crash in Kafireas.

Palamido and then Proka rise like a castle wall to the north and we walk along the vertical rocks on a shady path under tall plane trees. The rocks are dripping with water and are covered with dense vegetation. The landscape has an evocative power and it is perhaps no coincidence that here, in the Middle Ages, the knight Likarios probably had his base.

The path passes through huge boulders that have fallen from a landslide and suddenly the Anemopyla (t/n: Wind gate) appears in front of us. It is a real passage of the wind between two peaks, Proka and Profitis Elias, with a panoramic view to the north and east side of Kavodoros. We have met very few shepherds and it seems from the abandoned huts that this traditional activity is disappearing. From the conversation we have with them, they seem unsuspecting what works will be done to install the wind turbines. In a shade of plane trees, we sat down to rest and read the environmental conditions for the installation of wind turbines. It seems unbelievable to us that the Ministry of Environment for landscapes, in need of protection, allows their destruction in environmental terms, such as the limited use of explosives where possible (!).

It is difficult to transfer all your impressions from a visit to a place of rare natural beauty. But we feel the need to convey even a few poor impressions and photos for those who can not visit them up close. At least those who participated, saw with their own eyes that the destruction of these landscapes is a criminal act against nature and the next generations, which we deprive from a source of real inspiration.