The traditional residence of Karystia

The traditional village house of Karystia is simple and austere. It has a rectangular elongated shape with a flat roof (sunny) that used to be paved with clay and today with concrete. It is made of stone with narrow windows and doors and always has a courtyard. You often had floors below for storage. Its orientation was south to be protected from the north winds. Each house had enough space around it for cultivation and grazing of the family animals, so one observes a characteristic distance between the houses in the villages of Kavodoro. The villages are in the form of settlements, wisely adapted to the inaccessible terrain and the resources of the landscape.

In Karystos there was the same type of house, but also several houses were built with neoclassical elements, larger size, tiled roof and exterior decorations. Reconstruction from the 1980s onwards, destroyed most of the traditional residence in Karystos, Marmari and Styra. The villages have preserved more traditional elements, although they have never been declared protected settlements, as a result of which contradictory building interventions often occur in them as well.

The watermills, the shepherds' huts, the shielings, the threshing floors, the stone bridges and the dry walls have architectural and historical value. All of these have been abandoned in recent decades when they ceased to be used. The ruins of the watermills still exist in all the villages, while in the village of Panochori the last watermill in operation survives. 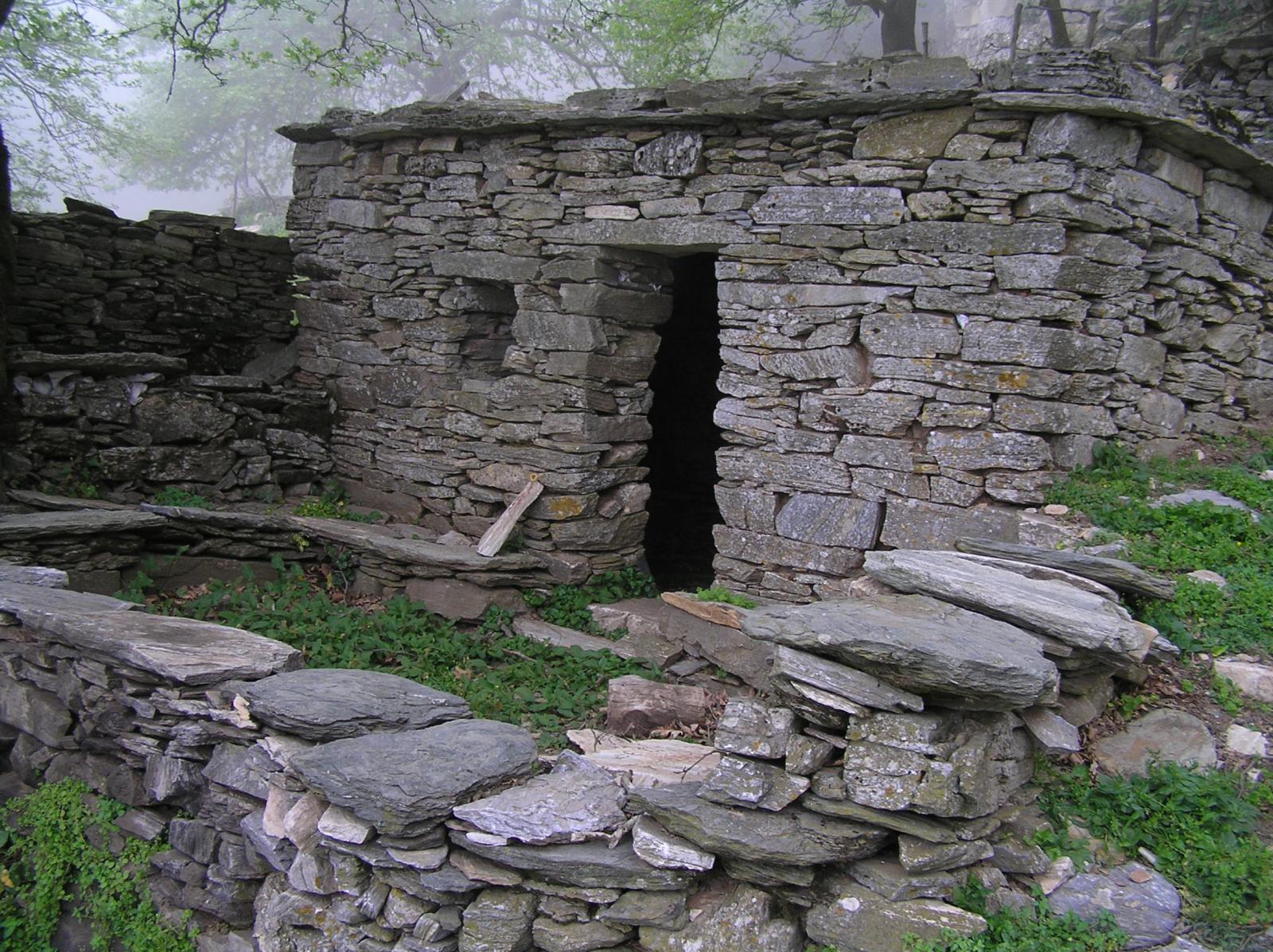 Shepherds' huts were everywhere, even in the most inaccessible locations of the mountain. Today they are less preserved than in the past, as free-range livestock is declining. It is rare to find threshing floors that have long since been abandoned along with the cultivation of cereals on terraces. 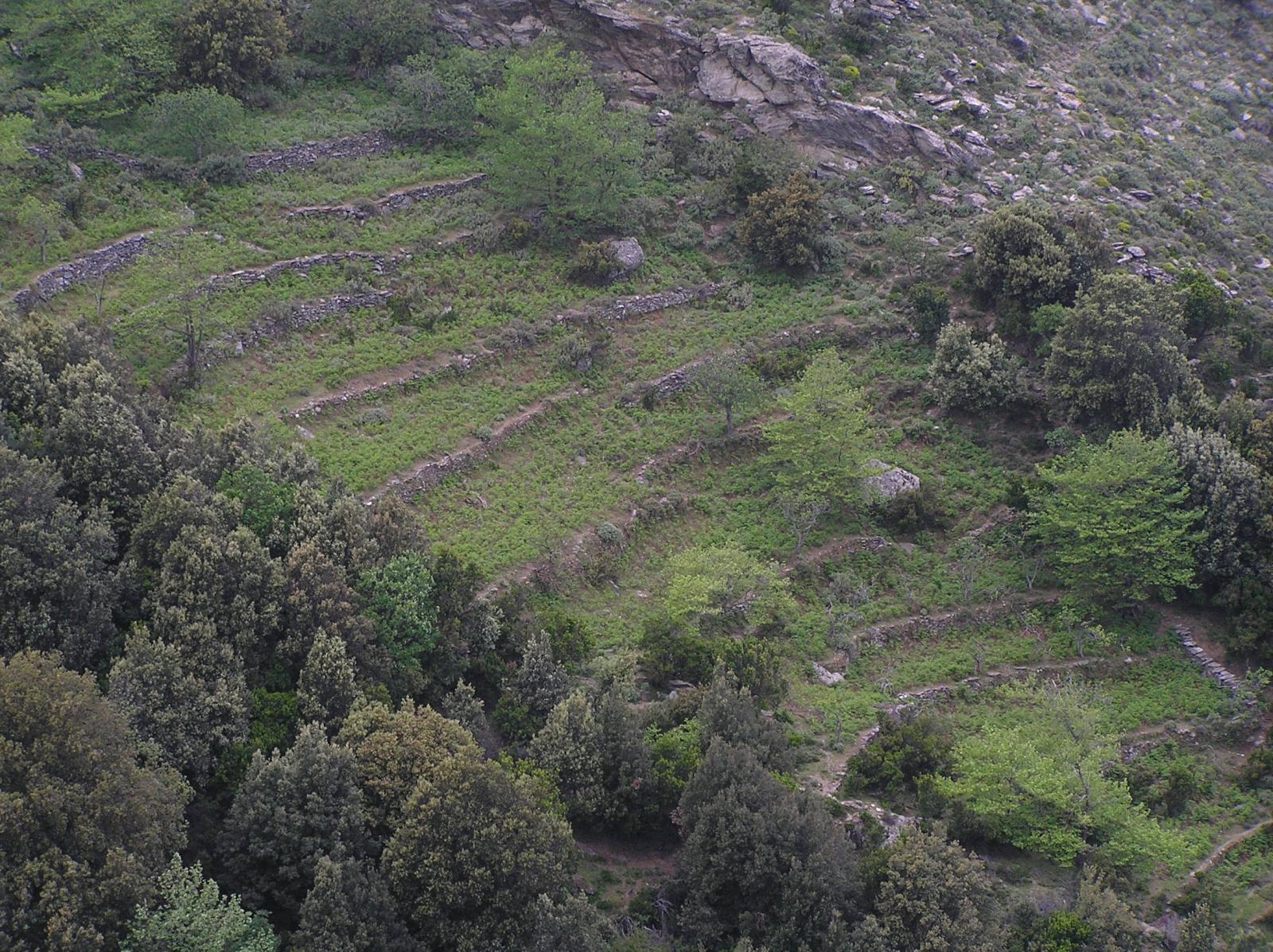 Dry walls were used at the boundaries of the estates and in the creation of the terraces. Dry walls can be seen in all parts of Karystia, but they are no longer preserved and have been damaged. Also, a few small stone bridges have been saved, for example the bridge in Barka, to Rema (above the stadium of Karystos), the bridge in the ravine of Myloi near the Montofoli estate, the bridge of Panochori in Platanistos.

The old churches of the villages have undergone operations and it is difficult to understand their antiquity. The churches in the desert are touching, if they have not been renovated with new materials. Most of them are very old and some come from the Byzantine era, for example Ai-Dimitris (14th century) in the homonymous village, the Assumption of the Virgin (13th century) in the village of Lenosaioi, the church of Agios Ioannis the Theologian in Aktaio (Squassi), or the chapel of Hagia Sophia in Gialpides, the Byzantine church of Agios Taxiarches (12th c.) In Kalivia, Ai-Giorgis Mavros (13th c.) NE of Aetos. Very characteristic are also two old church-icon stands that survive on the mountain Anatoli above Zacharia that marked the mountain path to the Cross of Comet.