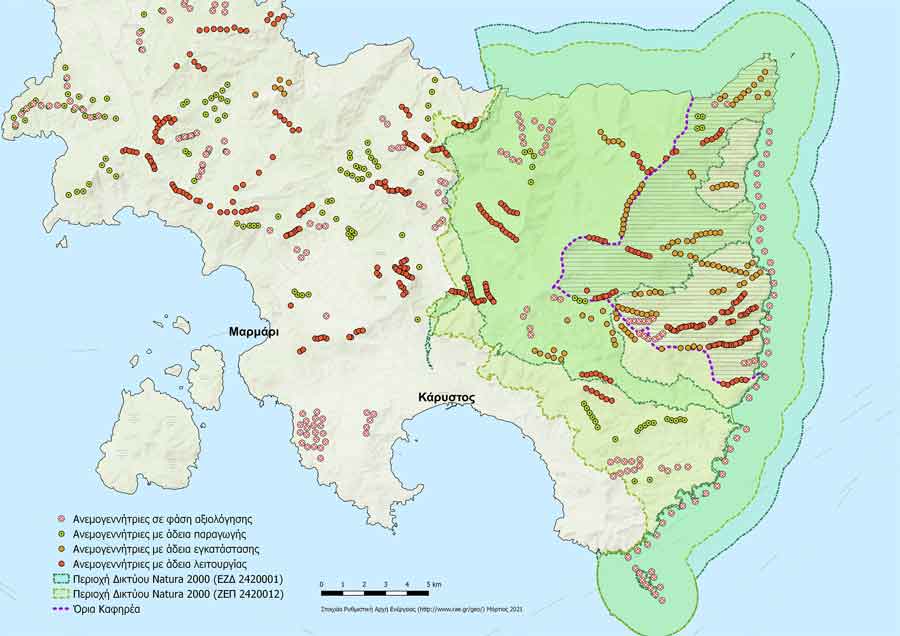 South Karystia and the wider region of South Evia have been at the center of development plans for large wind farms since 1998. The rationale behind the mass installation of wind turbines is certainly not to serve local needs or even to contribute to the development of RES based on principle of proportionality, but the supply of the central system with the maximum utilization of the wind potential of South Evia. The central and regional administration of recent years is constantly approving more wind farms without considering the final result that will be the transformation of South Evia into an energy center. The accumulation of wind farms catalyzes the elementary spatial planning and will have incalculable effects on the local environment, the quality of life and the local economy. The responsibility for the future that is specified for South Evia, bears also the local community that left the plans of the central administration to develop without any resistance.

How many wind turbines

To date, 411 wind turbines have been installed in the Municipality of Karystos, while about as many others are in different stages of licensing. More specifically:

Wind turbines in the area of ​​Ochi