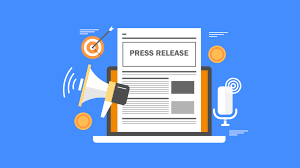 After an autopsy carried out by members of our Association in the protected area of 'Ochi, they found a number of possible illegal actions in the works currently being carried out in' Ochi and Kavodoros, such as opening forest roads well above the legal width of 5 meters, streams of streams , dumping of excavation products downstream of the opened roads, even installation of a mobile concrete factory in a stream! The most shocking of all the above is that in the place "Samari" in the heart of the mountain and next to Judah the crews that carry out works of huge widening and earthworks in all the forest roads of the mountain, in order to facilitate the passage of a total of 100 wind turbines company TERNA, have created a temporary quarry there.

The members of SPPENK saw the absolute destruction of the place "Samari" and its special rock formations. Roads have been created for a special machine to climb to higher points for the purpose of mining. A large part of the Samari site now consists of rocks broken into thousands of pieces. In front of the quarry and on the road there was a drilling machine (drill) that refers to the use of explosives for the extraction of aggregates. Cables and empty Petrammonite bags were found at the spot.

This quarry is PROHIBITED by law to exist within a protected area because it would cause irreversible environmental damage and there was no way it could be legally licensed by any competent service if they bothered to apply for a license, which they did not do before.
There is, among other things, a high risk of contamination of the aquifer of the wider area. Note that from there passes the stream of Komitos, which at this point has been clogged.

If the tactic of illegal extraction of rock material from areas of Ochi does not stop now, the mountain will change its face completely, it will become a new Penteli!
Because there is no public body to supervise the projects of wind farms, because the competent services of the Region do not send a team for autopsy as we requested with two complaints and because in general a lot of damage has been done so far, the solution is one:

TO STOP ALL THE WORKS OF WIND STATIONS NOW IN THE MUNICIPALITY OF KARYSTOS!

But obviously no one wants to stop the destruction of Ochi!
The Region of Central Greece, which could stop the evil that is being done, is neglecting action and is deaf to the appeals of the environmental association of South Karystia, obeying orders from above.
We continue with whatever strength we have and with those who stand by us in this unequal struggle.
The results of the SPPENK autopsy, which of course do not include only this quarry, will be announced to Greek and foreign media.
The local police department has also been informed and we are waiting for a response.