Nature in Ochi region presents a variety of features in all levels. The rich terrain with the intense elevation differences creates a diversity of landscapes with mountains, spectacular gorges, shady ravines, forested or naked slopes that end up in steep coasts.
The local geology creates plenty of surface and underground water, while the dominance of rock adds a dramatic and wild beauty to the landscape. The continual succession of scenery and the geographical isolation, favor flora and fauna wealth as well as species endemism.

There have been recorded 700 plant species and at least 7 endemic species and thus the region is considered one of the endemic centers in Aegean sea. The unapproachable precipices and the low mediterranean vegetation offers refuge to rare plants and a rich herpetofauna (reptiles or reptile life especially of a particular region) that includes 27 reptile species and 6 amphibian species.
Even richer is the bird-fauna, with 211 species observed, from which 69 species nest in the region. 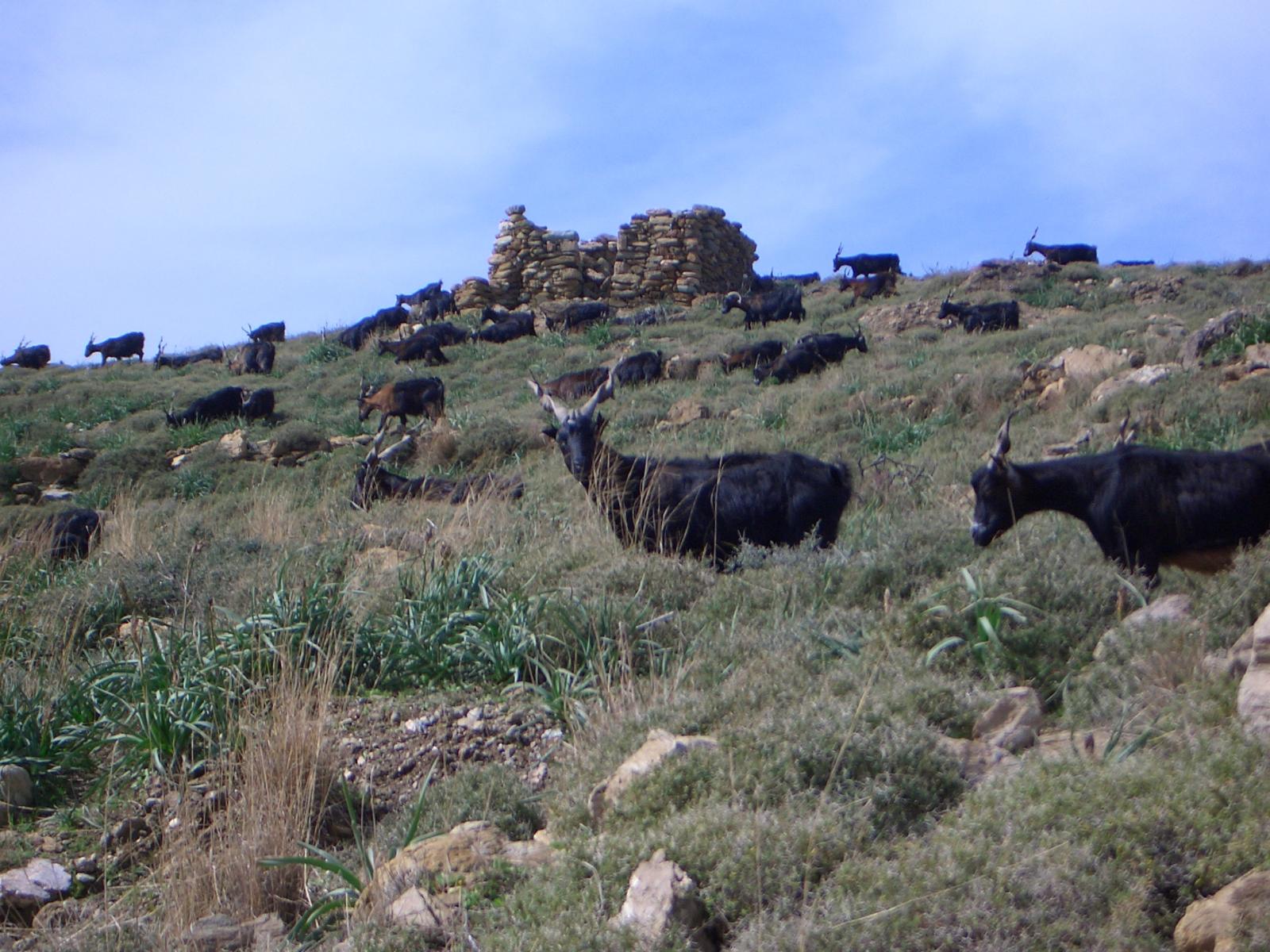 The biodiversity of the region is related with a folk cultural tradition and an age-old history. The agrarian settlements, for centuries preserve free grazing stock-rearing of local animal stocks and produce excellent quality products.

Since ancient time, the region has been popular for it's local marble, honey and wine. Monuments like Drakospito (Dragon house) as well as the myth of meeting/intercourse of Zeus and Hera in Ochi, as well as the ancient marble quarries and neolithic period findings, underline the significance of the region since prehistoric times.

Despite it's charismatic features, Ochi and the wider area are the most threatened regions in Greece. The scheduled installation of hundreds of wind parks in the heart of the mountain will turn it's nature into a construction site and will bring dynamic alteration in the character of the whole region.