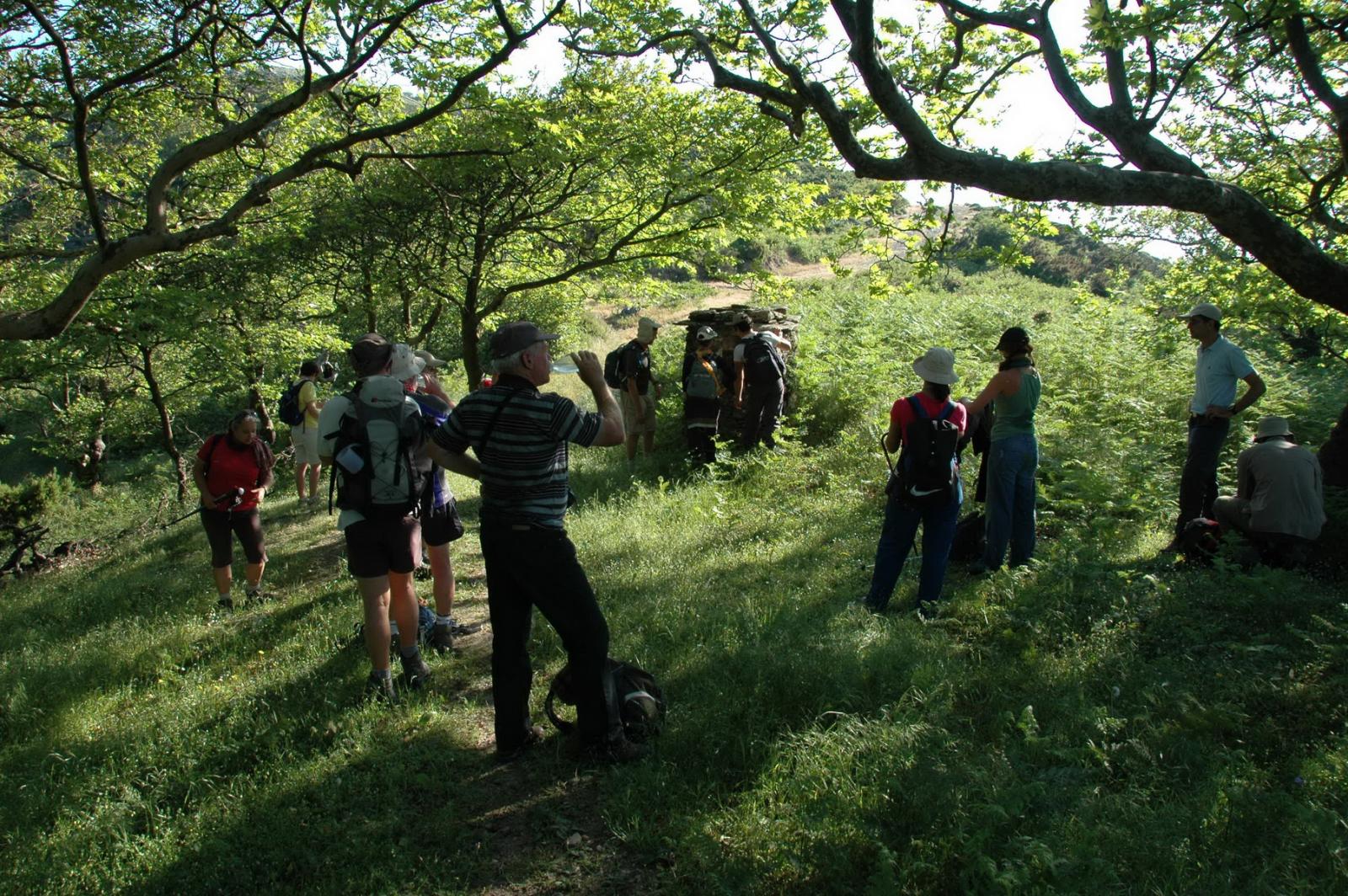 South Karystia and especially the Ochi area, are suitable for the development of tourist and nature tourism, or ecotourism. The main attraction in ecotourism is the nature and cultural monuments of an area. The traditional tourism on the beaches of Karystos, Marmari and Styra, revolves around the sea baths and has been strengthened in recent years by the development of the holiday home. The hinterland of South Karystia and especially Kavontoros remained in obscurity for many years until the beaches of Potami Platanistos and Agios Dimitrios became popular with young people for camping. The organization of hiking by the Municipality of Karystos and the local tourism agency in the gorge of Dimosari highlighted for the first time the mountainous nature as a tourist destination. But the mountainous nature of Karystia and Kavodoros in particular has much more to offer natural attractions, that remain unknown and without visitors.

While local agencies are not trying to open new avenues for tourism, some foreign tourism agencies are bringing in visitors and working with great success. The Explore and Exodus offices organize hiking for small groups of visitors as well as sea cruises in the South Evia. The office bikegreece.com organizes cycling routes on mountainous rural roads, eg Komito - Kallianou, Antia-Kastanologgos.

These show the future of tourism in South Karystia and the Ochi area. However, the installation of wind-power plants in the heart of natural beauty areas, overturns all the development prospects of mild tourism. The wind-power plants and the accompanying projects will level paths, vegetation, points of special interest and will fill the mountain with infrastructure that repel tourists. The office bikegreece.com has already announced that it will withdraw from the area if the installation of awind-power plant in Kerasia and the East is allowed.