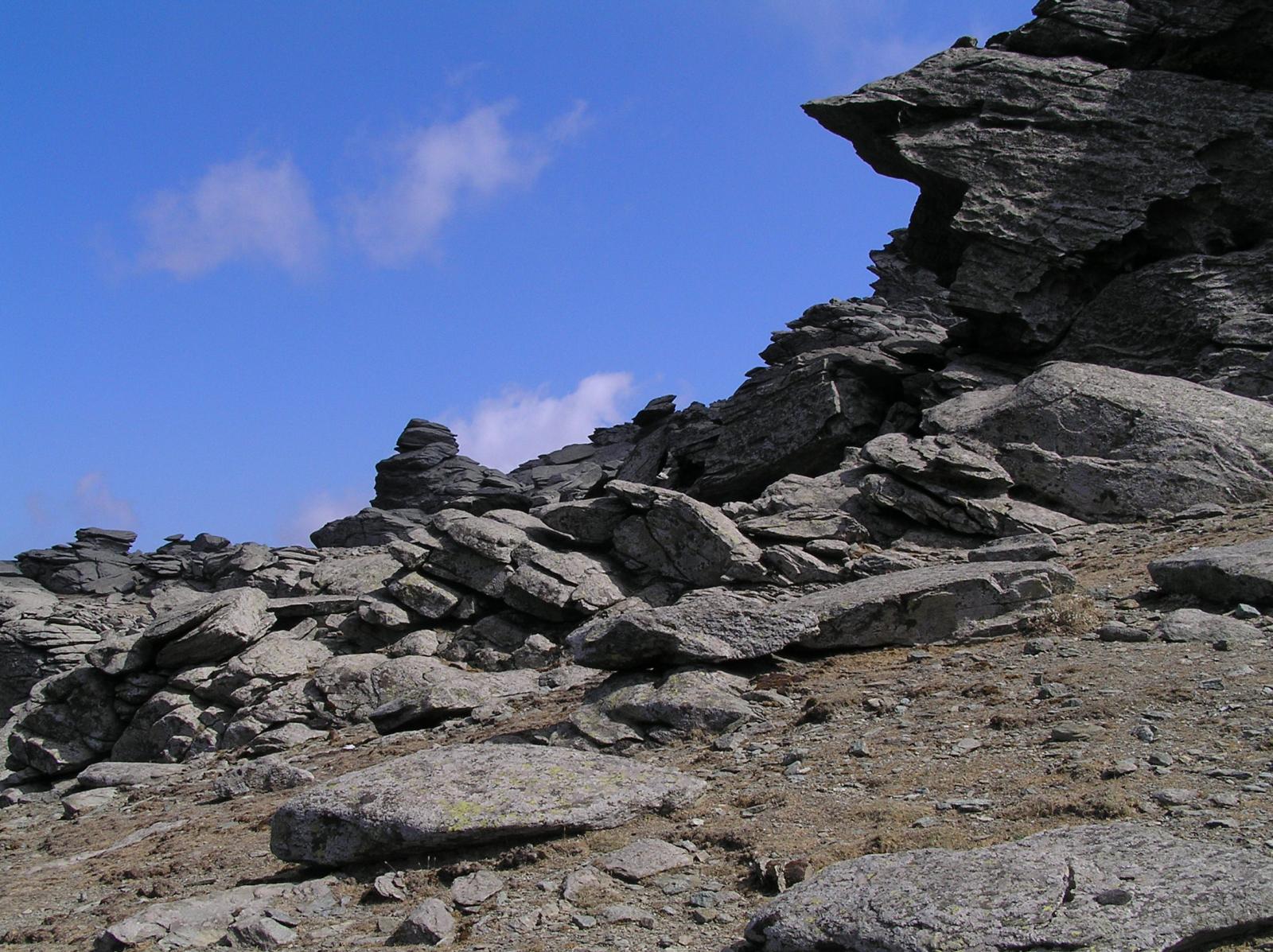 The peak of Ochi combines the myth and the wild eerie landscape that is often covered by fog and wind clouds. The peak is dominated by huge dark rocks of amphibolite and serpentine covered by lichens. Few peaks in southern Greece have similar volcanic rocks. The rocks seem to fortify the peak like a castle for this and access is through specific passages to the east and north. 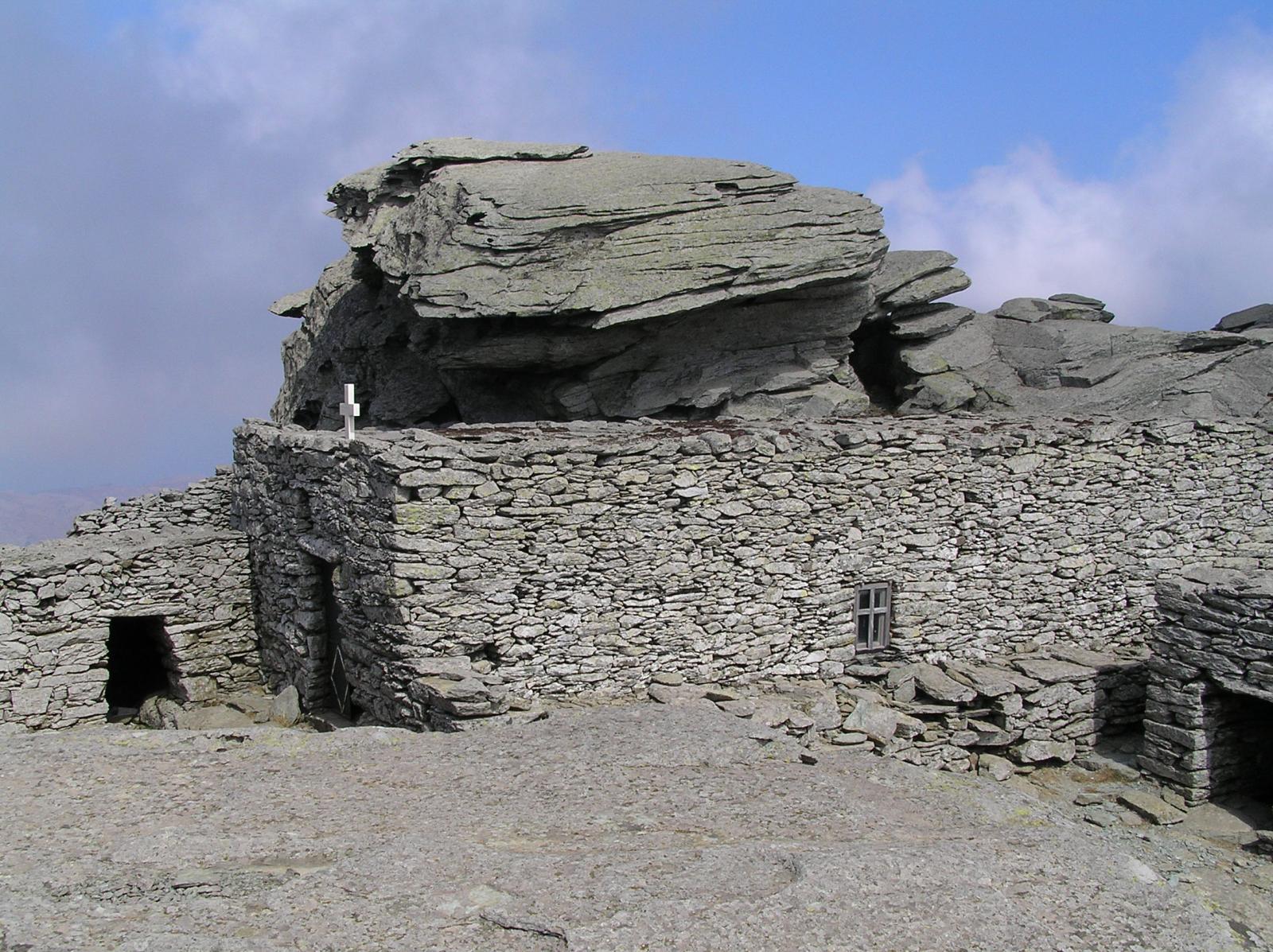 The peak of Ochi was a place of worship of Hera goddess as revealed by the myth and the mysterious presence of the Dragon House. Continuing the tradition, the small church of Profitis Ilias maintains to this day the pilgrimage character of the peak. The view offered by the peak to the Cyclades but also to the northern Aegean is amazing. 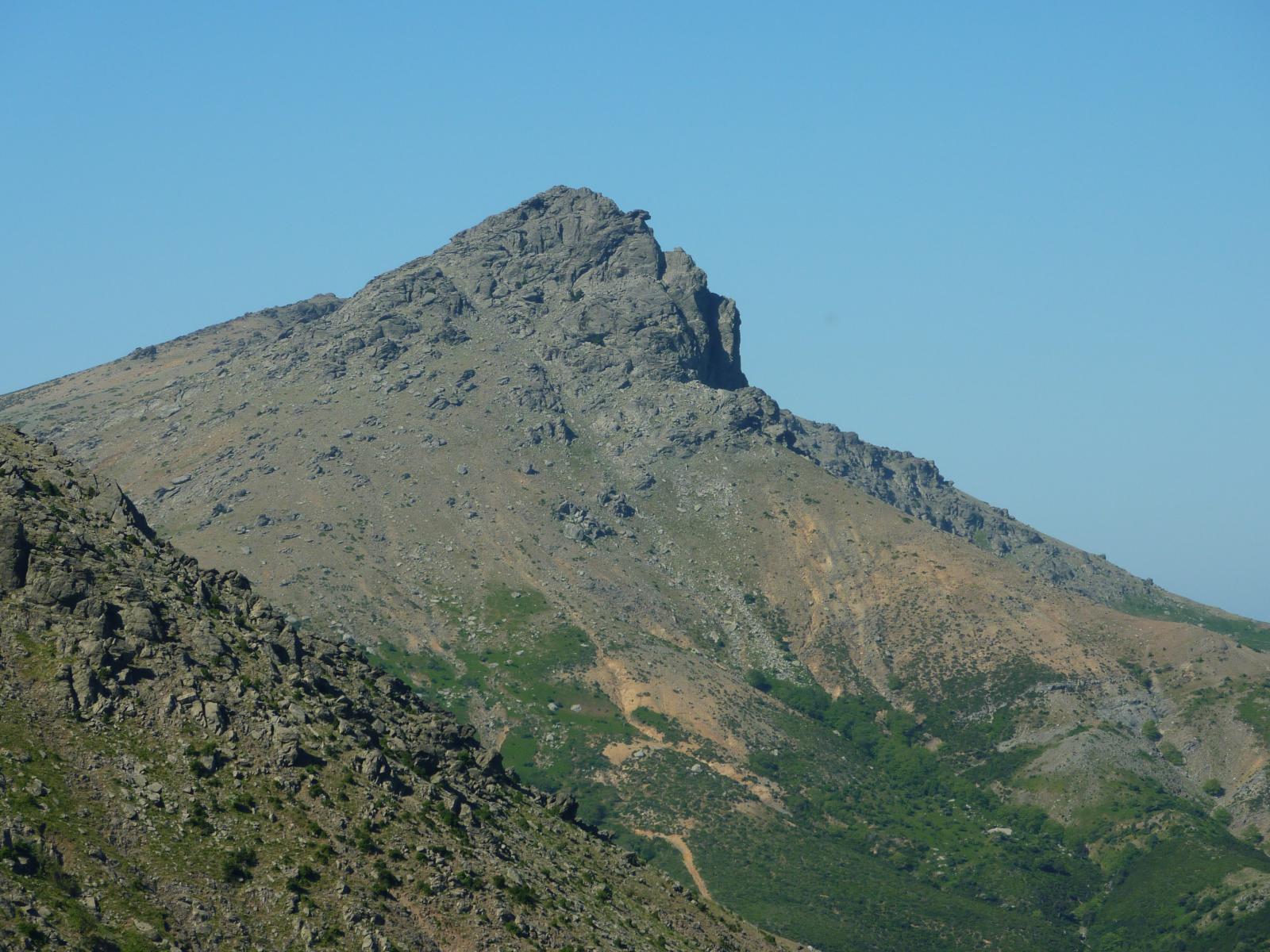 It is the second highest peak of Ochi and stands next to and east of Prophet Elias. Access is from the south, because the north side is cut short, forming an impressive wall with steep cliffs.

The vegetation on the cliffs of the two peaks of Ochi is of great interest, because in rock crevices and inaccessible places, forest species such as chestnuts, rowan, oak, birch and bearberry survive. A little lower the overgrazing and the fire has destroyed the forest vegetation. The most interesting species of tree that does not exist anywhere else in Ochi are a few English Yew (Taxus baccata) trees on the northern edge of Judah, that are considered remnants of an ancient forest. Apart from the few trees-monuments, on the cliffs of Ochi and Judas, find refuge some of the rare and endemic plants of the area such as the Colchic of Evia (Cholhicum euboeum), the cherry of Runemarki (Cerastium runemarkii), the species Silene pentelica, asparagus, scabies, wild garlic etc. These species have survived isolated for millennia and are fully adapted to the special and adverse conditions of mountain peaks.

Around the peaks of Ochi nests the Common rock thrush and we will also meet the Cretzschmar's bunting (Emberiza caesia), the Tawny pipit (Anthus campestris), the Woodlark (Lullula arborea) and the Northern wheatear (Oenanthe oenanthe). These species have small populations in the European Union so they are strictly protected. 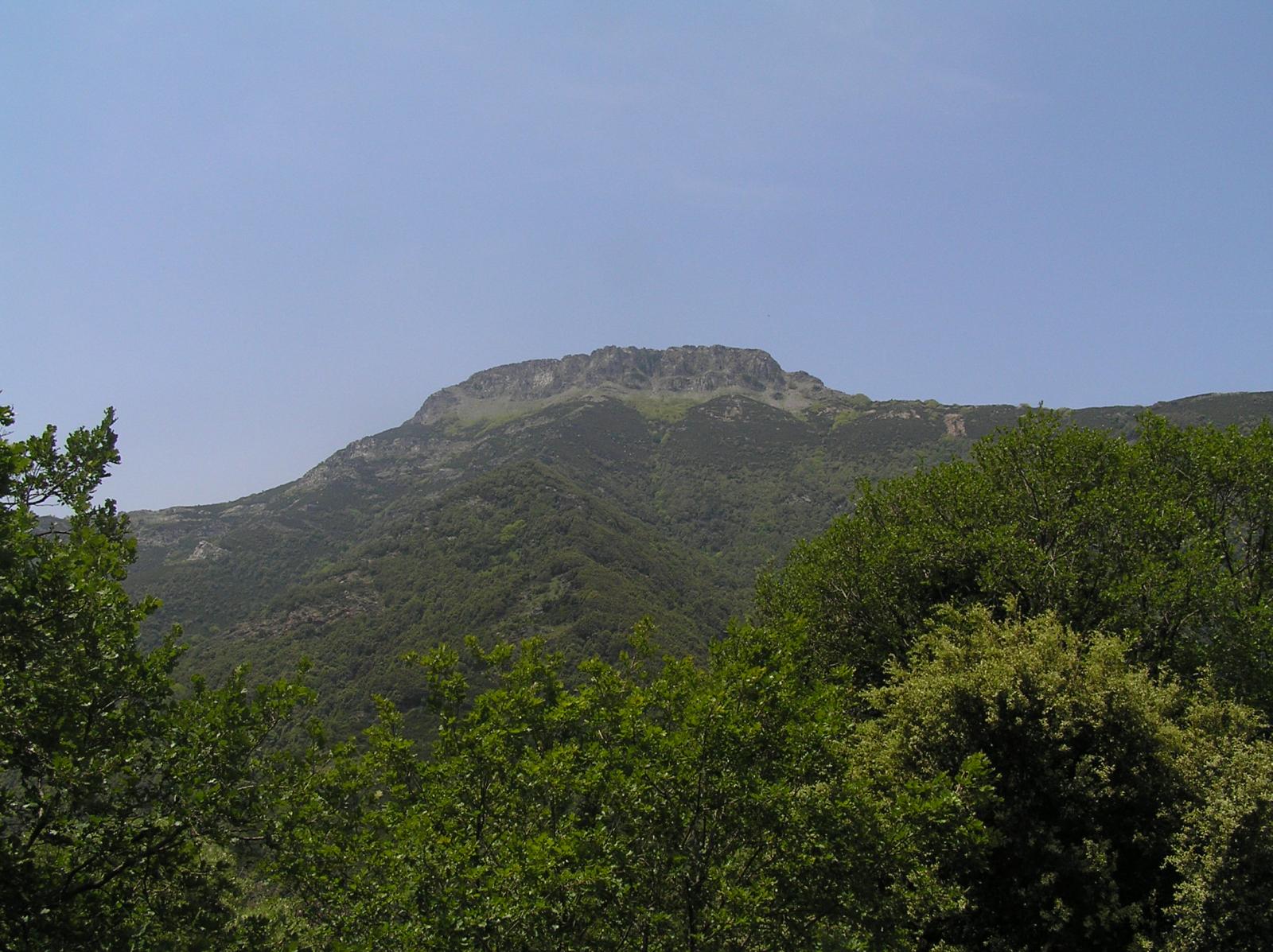 The peak of Bublia rises like a pyramid above the village of Agios Dimitrios  (Saint Dimitris) and also typically rises above the gorge of Dimosari. A mountain path starts from the village and passes through Lakka Boukoura (which means "beautiful meadow" in Arvanitika language) where plane trees grow and cool waters flow. Approaching Bublia the landscape is covered by huge flat surfaces of cipolino marbles that leave gaps in between, like glaciers. The view from the top is unique. Following the smooth ridge to the NE we reach a dense forest of evergreen oak (Quercus ilex) above the village of Kallergo. 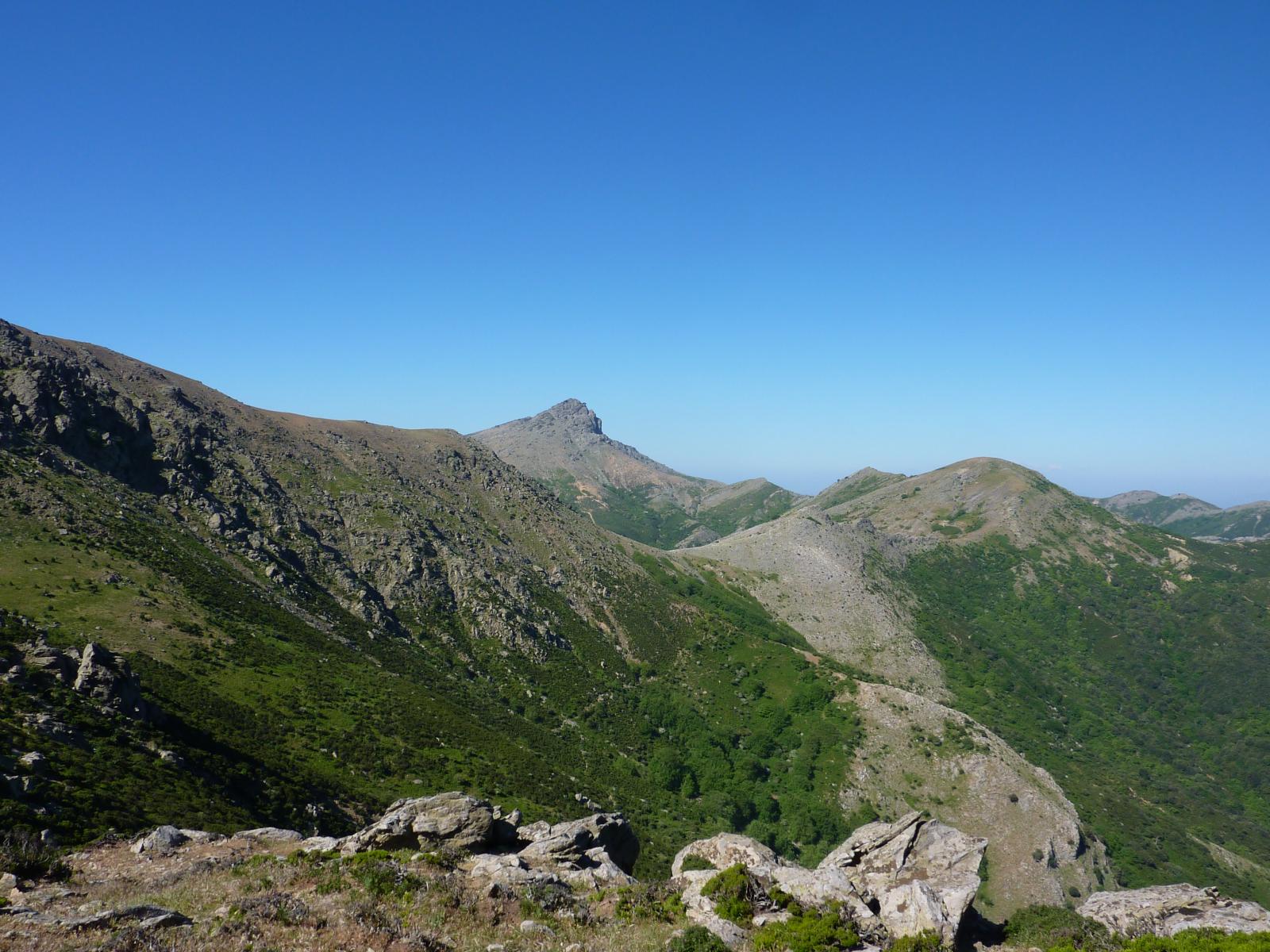 Following the peak of Ochi and Judas ("Giouda") to the east, are other mountain peaks that form a ridge that ends at Cape Kafireas. First we meet Samari, then, Kerasia (1,227m.), The mountain complex of Proka (965m.) and the Prophet Elias of Kavodoros (930m.). Kerasia is a smooth mountain mass and at its top, we find a formation of amphibole-group rock, similar to the peak of Ochi. 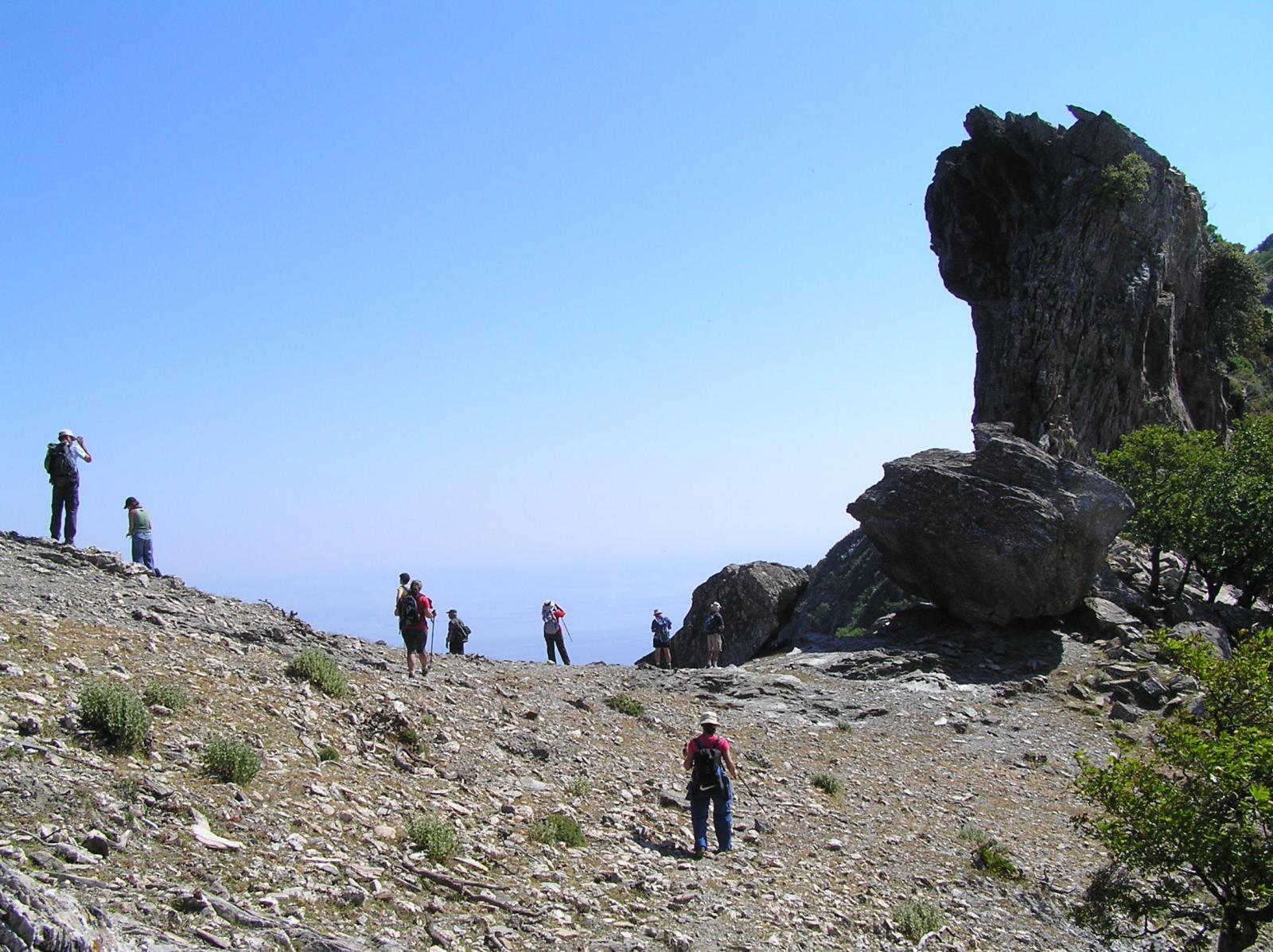 Proka and Profitis Elias have rough relief and wooded foothills with plane trees and lower heaths. A unique stone passage is formed between Proka and Profitis Ilias, the Anemopyla, which allows one to pass from the south to the north side of the two mountains. It is extremely interesting to be on this landmark that always blows and offers a wonderful view. Anemopyla is of historical interest because it is speculated that the knight Likarios had his base here. Besides, the ruins of an old and unknown building are preserved in Profitis Ilias. Passing by Anemopyla on the north side we find ourselves in an extensive and dense forest of age-old evergreen oaks that descends low to Vathiremma. Here we will meet the unique "Strawberry trees" (Arbutus unedo) of the area as well as kermes oak (Quercus coccifera).